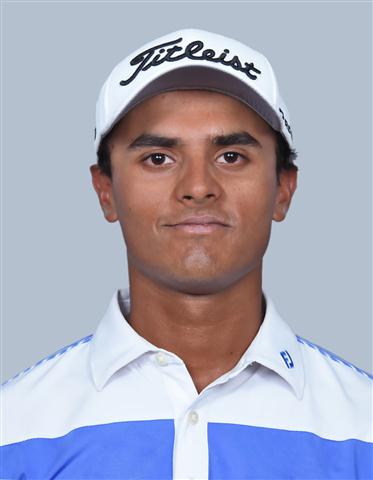 •    In 2019, Viraj’s season-best finish on the Asian Tour was tied ninth at the Mercuries Taiwan Masters.

•    Madappa won the TAKE Solutions Masters 2018, an event co-sanctioned by the Asian Tour and PGTI. He thus became the youngest Indian to win an international event at the age of 20 and only the third Indian rookie to win on the Asian Tour. In 2018, Viraj recorded two more top-10s on the Asian Tour as he was fourth at the Yeangder TPC and tied ninth at the BNI Indonesian Masters.

•    Madappa’s win at the TAKE Solutions Masters 2018 along with his tied fifth finish at the Golconda Masters and three other top-20s on the PGTI in the same season helped him claim second place in the 2018 PGTI Order of Merit.

•    In his rookie season on the PGTI in 2017, Viraj clinched six top-5 finishes to end up a creditable ninth in the 2017 PGTI Order of Merit. He also went on to win the 2017 PGTI Emerging Player of the Year title. His best results in the season came at the 16th TATA Open (tied second), CG Open (tied third) and Jaipur Open 2017 Presented by Rajasthan Tourism (tied third).

•    Viraj won six amateur events including the Northern India Amateur and Eastern India Amateur. He won the Taiwan Open 2015 and finished third at the Singapore Amateur 2016. He also claimed tied fourth place at the Sage Valley Junior Invitational 2015 staged in USA. His highest amateur world ranking has been 45.

•    He won a total of 20 events at the junior level which included two victories at the All India Junior.