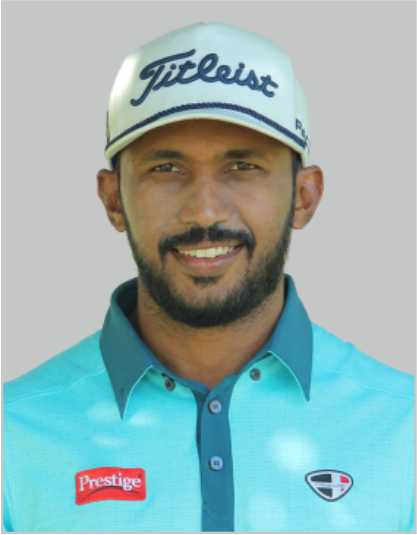 •    With a tied second at the Panasonic Open India and a tied 10th at the Hero Indian Open, Chikka finished a career-best 21st on the Asian Tour Order of Merit in 2019.

•    Chikka registered wins at the PGTI’s Golconda Masters and Delhi-NCR Open in 2019. His two wins along with the two other top-10s at Panasonic Open India and Hero Indian Open (both Asian Tour & PGTI joint sanctioned events) helped him finish second in the 2019 PGTI Order of Merit.

•    On the PGTI in 2018, Chikka won the Jeev Milkha Singh Invitational presented by TAKE Solutions and finished runner-up at the 17th TATA Open. He had another top-10 on the tour and thus took third place on the 2018 PGTI Order of Merit.

•    Chikkarangappa clinched four top-10s in the 2016 Asian Tour season. His top-10s included a tied third at the Venetian Macao Open and a tied fourth at the Bashundhara Bangladesh Open.

•    He represented India at the 2016 World Cup of Golf in Melbourne along with SSP Chawrasia.

•    Chikka finished sixth on the PGTI’s 2016 Rolex Ranking thanks to wins at the PGTI Eagleburg Masters and the TAKE Open Golf Championship. He also had two other top-3s during the year. He was part of the TAKE Chennai team that won the 2016 LP Cup, PGTI’s annual team event. He finished on top of the individual leaderboard at the 2016 LP Cup.

•    Chikka topped the PGTI rankings in 2015 to emerge as the Rolex Player of the Year. He posted three wins and four other top-10s and amassed season's earnings of Rs. 48,87,440. Chikka’s wins came at the PGTI Players Championship at Kensville, TAKE Solutions India Masters (co-sanctioned by Asian Development Tour and PGTI) and the McLeod Russel Tour Championship. He earned his maiden Asian Tour card in 2015 after finishing fourth at the Qualifying School.

•    Chikka won his first international event with victory at the Asian Development Tour’s TAKE Solutions India Masters 2014 at the Eagleton Golf Resort. He also had a top-20 finish at the Asian Tour’s Chiangmai Golf Classic 2014.

•    Chikkarangappa was placed second in the Rolex Rankings during his rookie season on the PGTI in 2013. He also won the PGTI’s Emerging Player of the Year title for 2013 with prize money earnings of over Rs. 32 lakhs, the highest among the rookies in the season. Chikkarangappa won the CG Open 2013 and posted nine other top-10s in the season including a runner-up finish at the PGTI-Eagleburg Open.