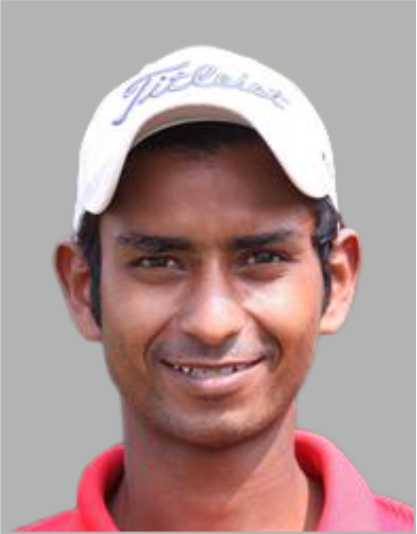 •    Rashid Khan’s sixth and tied eighth finishes on the Asian Tour’s Hong Kong Open and SMBC Singapore Open respectively in 2020 saw him break into the top-200 in the world rankings for the first time. He rose as high as 176 in the world and became India’s top contender for a berth at the Tokyo Olympics.

•    In 2019, Khan enjoyed a dream season as he became the first player to win the PGTI Order of Merit for the third time setting an all-time record for season’s earnings at Rs. 66,27,650. Rashid delivered two wins on the PGTI at the City Bank American Express Chittagong Open and the TATA Steel PGTI Players Championship Presented by Chandigarh Golf Club. He notched eight other top-10s on the PGTI including tied second at the Classic Golf & Country Club International Championship (co-sanctioned with Asian Tour), second place at the Jeev Milkha Singh Invitational Presented by TAKE and tied 10th at the Hero Indian Open (co-sanctioned with European & Asian Tour).

•    Khan secured three top-10s on the PGTI in 2017 including a runner-up finish at the year-end McLeod Russel Tour Championship.

•    Rashid claimed three top-10s on the Asian Tour in 2016. This included tied sixth finishes at the Panasonic Open India and Hero Indian Open.

•    Khan won the 2016 PGTI Order of Merit title after posting top-10s in all his eight starts on the PGTI. He won the TAKE Solutions Classic and the PGTI Ahmedabad Masters presented by Kalhaar Blues & Greens and also had three runner-up finishes.

•    He won the Sri Lanka Open 2016 (not a PGTI event) in Colombo. He thus became the first Indian to win the tournament.

•    His best results during the 2015 Asian Tour season were tied third at the Mercuries Taiwan Masters and tied eighth at the Venetian Macao Open.

•    In his rookie season on the Asian Tour in 2014, Khan finished 10th on the Order of Merit after winning the SAIL-SBI Open and the Chiangmai Golf Classic. He also posted three other top-10s during the season.

•    Khan claimed fourth place in the PGTI’s 2014 Rolex Rankings. He won the PGTI Eagleburg Masters, had two runner-up finishes and six other top-10s during the season.

•    Rashid earned his card for the 2014 Asian Tour season after a runner-up finish at the 2013 SAIL-SBI Open and fourth place at the 2013 Hero Indian Open (both Asian Tour events).

•    He topped the 2013 Rolex Rankings to win the PGTI’s Rolex Player of the Year. He had a fantastic season with wins at the PGTI Players Championship at Classic Golf Resort and the BILT Open, a runner-up finish and seven other top-10s. He was part of the Silverglades Delhi team that won the 2013 LP Cup, PGTI’s annual team event.

•    He claimed second position on the Rolex Rankings in 2012. He won the PGTI Players Championship at Coimbatore, secured four runner-up finishes and had nine other top-10s in the year.

•    Khan won the PGTI Emerging Player of the Year in 2011 for the best performance among the rookies during the season. Finished third on the 2011 Rolex Rankings with a win at the Surya Nepal Masters, two runner-up finishes and six other top-10s. He also posted three top-20s on the Asian Tour in 2011.

•    He was a member of the Indian team that won the silver medal at the 2010 Asian Games in Guangzhou.

•    Rashid was India’s top amateur in 2010 before he turned professional. Represented India in several international tournaments as an amateur including the Eisenhower Trophy in 2008 and 2010.