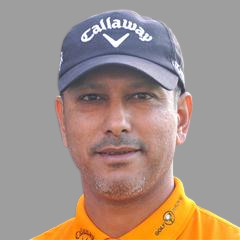 •    Jeev Milkha Singh posted three top-10s on the Asian Tour in 2016 which included a tied second finish at the Bank BRI-JCB Indonesia Open.

•    Singh won the Aberdeen Asset Management Scottish Open in 2012. It accounted for his fourth European Tour title and third victory on European soil. He claimed 32nd place on the European Tour Order of Merit.

•    He finished tied ninth at the WGC-Accenture Matchplay Championship in 2010.

•    He posted five top-10s in 2009. His best performances in 2009 included a fourth place finish at the WGC-CA Championship and a tied fifth finish at The European Open.

•    Jeev came up with the best performances of his career in the year 2008 and as a result won the Asian Tour Order of Merit for the second time. In 2008, the Chandigarh golfer became the first man in Asian golf history to win over US$ 1 million during a season, eventually earning US$ 1.45 million which was a new Tour record. He ended the year in 12th place on the European Tour Order of Merit. It is the best finish by an Indian on the European Tour money list.

•    Jeev’s victories in 2008 came at the Bank Austria GolfOpen (European Tour), Singapore Open (Asian Tour), Nagashima Shegio Invitational Sega Sammy Cup and Golf Nippon Series JT Cup (both on the Japan Golf Tour). He also recorded exceptional finishes at two of the Majors that year - tied ninth at the PGA Championship and tied 25th at the US Masters. His tied 25th continues to be the best result by an Indian at the Masters. Besides, he posted runner-up finishes at the Enjoy Jakarta Astro Indonesia Open and the Ballantines Championship and had five other top 10s to his credit.

•    Jeev’s alma mater Abilene Christian University (ACU) inducted him into its Sports Hall of Fame in 2007.

•    The Chandigarh golfer rounded off 2007 in style with two top-10s on the Japan Golf Tour and four top-20s on the European Tour.

•    He ended a frustrating seven-year winless drought with a one-stroke victory at the Volvo China Open in April 2006. The Volvo victory sparked a rich vein of form as he went on to win the Volvo Masters, the European Tour's season-ending event, in Spain in October and then back-to-back titles in Japan at the Casio World Open, his first triumph in Japan, and the Golf Nippon Series JT Cup. Such was his great form that he also notched no fewer than 15 other top-10s on the Asian, Japan and European Tours.

•    His triumph at the Volvo Masters made him the first Indian player to win on European soil.

•    Jeev qualified and played in all four rounds at the 2006 US Open in Winged Foot. Was also named the Asian Tour’s Players' Player of the Year and won the UBS Special Achievement Award for his magical season.

•    He represented Asia at the Dynasty Cup 2003. Asia went on to defeat Japan that year.

•    In 2002, Jeev became the first player from his country to qualify for the US Open. This was his first appearance in a Major.

•    Jeev became the first Indian golfer to qualify for the European Tour. He won his European Tour card at the end of 1997.

•    In 1996, Jeev was part of the Indian team (along with Gaurav Ghei and Ali Sher) that stunned Scotland in the Alfred Dunhill Cup in St Andrews. He beat Andrew Coltart. Singh represented India at the tournament again in 1999 (along with Jyoti Randhawa and Vijay Kumar).

•    In the 1995 Asian Tour season, won the Philippine Classic and Asian Matchplay Championship and finished runner-up at the Passport Open.

•    In 1993, won the Southern Oklahoma State Open in the US and the Bukit Kiara Golf Championship in Malaysia.

•    Singh attended college in the United States at the Abilene Christian University (ACU) in Texas. He made quite a name for himself as a golfer during his college days in the US as he won the NCAA Division II Individual Golf Championship in 1993 and was also named in the NCAA Division II All-America Golf Team in 1992.