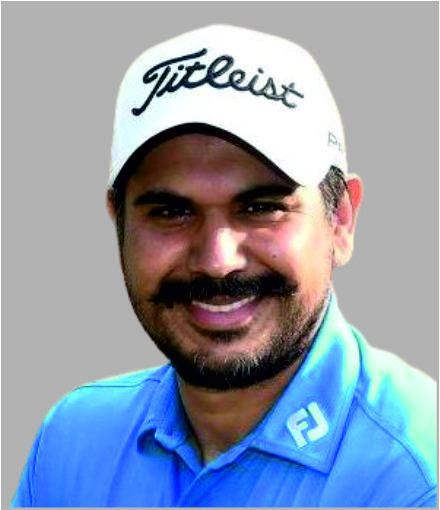 •    Represented India (along with Anirban Lahiri) at the World Cup of Golf 2018 in Melbourne. India notched a creditable tied 10th finish.

•    Gaganjeet secured victory at the Fiji International 2018 (European Tour, Asian Tour & PGA Tour of Australasia co-sanctioned event) to earn his European Tour card. He also bagged second place at Queen’s Cup and tied second at The 37th GS Caltex Maekyung Open. Besides he had a fifth place finish at the Bank BRI Indonesia Open and three other top-10s on the Asian Tour that helped him claim an impressive fourth place on the Asian Tour Order of Merit 2018. Bhullar also recorded a tied seventh at the European Tour’s D+D Real Czech Masters.

•    Became the first Indian to win an event on the PGA Tour of Australasia when he won the Fiji International 2018.

•    In 2017, Gaganjeet had a brilliant run in Asia as he won the Macao Open, secured joint runner-up at the Thailand Open and was tied seventh at the Mercuries Taiwan Masters.

•    Bhullar enjoyed twin triumphs on the Asian Tour in 2016 as he bagged the Shinhan Donghae Open and the Bank BRI-JCB Indonesia Open. He also took fifth place at the BNI Indonesian Masters and as a result finished ninth on the Asian Tour Order of Merit.

•    Represented Team Asia at the inaugural EurAsia Cup in 2014 in Malaysia. It was the only occasion when both teams Asia and Europe were tied and thus shared the trophy. It was Asia’s best performance in the history of the tournament.

•    Represented India (along with Anirban Lahiri) at the World Cup of Golf 2013 in Melbourne.

•    Gaganjeet Bhullar was honoured with the Arjuna Award in 2013.

•    Gaganjeet finished fifth on the Asian Tour Order of Merit in 2013 thanks to his victory at the Indonesian Open and runner-up finish at the Avantha Masters (an event co-sanctioned by the European Tour, Asian Tour and PGTI).

•    Bhullar reinforced his rising star status with two victories at the Yeangder Tournament Players’ Championship in Taipei and Venetian Macau Open respectively in 2012. Both victories came during a hot six-week streak which also included a runner-up finish at the Worldwide Holdings Selangor Masters in Malaysia. He was joint runner at the Panasonic Open India and enjoyed five other top-10s to end the year in a career-best fifth place on the Asian Tour Order of Merit.

•    Gaganjeet’s victory at the Gujarat Kensville Challenge 2011 made him the first Indian to win a title on the European Challenge Tour. His tied ninth finish at the Czech Open was his first top-10 on the European Tour.

•    He was eighth on the 2010 Rolex Rankings. In the 2010 PGTI season he posted a win at the PGTI Players Championship presented by Bombay Presidency Golf Club and finished runner-up at the DLF Masters. He also had three other top-10s in the season.

•    In the 2010 Asian Tour season, Bhullar posted a win at the Asian Tour International besides finishing fourth at the Brunei Open, sixth at the SAIL Open and tied eighth at the Handa Singapore Classic.

•    Represented Team Asia at the Royal Trophy 2010 in Thailand.

•    He qualified for the 2009 British Open. It was his first appearance at a Major.

•    Bhullar secured five wins out of seven starts in the 2009 PGTI season to be placed fifth on the PGTI Order of Merit. He won four PGTI Players Championship events (Panchkula, Rambagh, Aamby Valley, Eagleton) and the DLF Masters 2009. He won five titles on the trot in the 2009 season.

•    In 2008, he finished tied fifth at the SAIL Open (a joint sanctioned event of the Asian Tour and PGTI).

•    Bhullar registered ten top-10 finishes out of 14 starts in the 2007-08 PGTI season to be placed fifth on the Order of Merit. His best finishes were runner-up at the Centurion Bank of Punjab Open and joint runner-up at the PGTI Players Championship at Poona Golf Club and The Global Green Bangalore Open.

•    Placed fifth on the PGTI Order of Merit in 2006-07 after securing three top-10 finishes from seven starts.

•    In his rookie season on the Asian Tour in 2007, Gaganjeet finished runner-up at the Pertamina Indonesia President Invitational.

•    Gaganjeet was part of the Indian team that bagged the silver medal at the 2006 Doha Asian Games.

•    Bhullar represented India at the Eisenhower Trophy in 2006 and won the World Junior Masters Championship title in 2005. He was India’s number one amateur in 2004 and 2006.