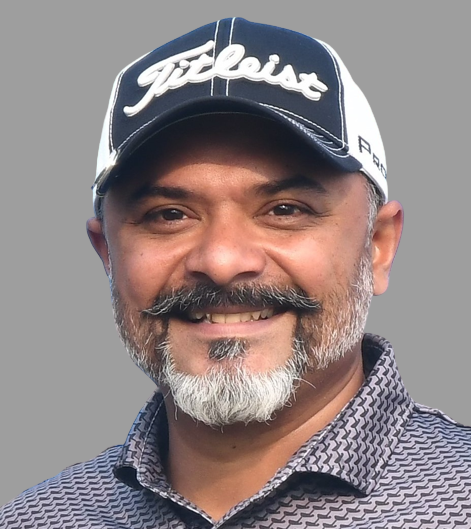 •    In 2019, Rahil notched a fourth place finish at the PGTI’s INDO-MIM presents Bengaluru Open and a tied 10th at the Japan Golf Tour’s Fujisankei Classic.

•    Rahil finished tied eighth at the Asian Tour’s 2017 TAKE Solutions Masters. That season on the PGTI he took third place at the McLeod Russel Tour Championship and tied fourth place at the Bengaluru Open.

•    He claimed joint second place at the 2015 PGTI Cochin Masters presented by CIAL Golf & Country Club. He had two other top-10s on the PGTI that year including a fifth place at the McLeod Russel Tour Championship.

•    Rahil secured three top-10s during the 2013 Asian Tour season. His best result of the season was tied seventh at the Zaykabar Myanmar Open. He also had a top-10 at the European Challenge Tour’s Gujarat Kensville Challenge.

•    Gangjee won the 2013 PGTI Players Championship at the Chandigarh Golf Club. He also secured the runner-up spot at the 2013 McLeod Russel Tour Championship. He earned three more top-5 results on the PGTI in 2013.

•    He was runner-up at the PGTI’s CG Open 2011. The same season he had two more top-5 finishes on the PGTI including third place at the PGTI Players Championship presented by RCGC.

•    Rahil posted three top-20s during the 2009 Asian Tour season. He was tied seventh at the Asian Tour International, 15th at the Iskandar Johor Open and tied sixth at The King’s Cup.

•    He was 12th on the 2009 Rolex Rankings with seven top-10s from nine starts. He was runner-up at the Solaris Chemtech Open Golf Championship 2009, fifth at the Crompton Greaves Open 2009 and registered tied fifth finishes at the City Bank – Dhaka Bank Bangladesh Open 2009, the PGTI Players Championship presented by Aamby Valley Golf Club and the PGTI Tour Championship.

•    In the 2007-08 Aircel-PGTI season, Rahil Gangjee recorded one win and three other top 10s from six starts. He won at the PGTI Players Championship at Royal Calcutta Golf Club and finished tied third at BILT Open 2007 and tied fourth at BILT Open 2008. Rahil was placed 11th on the PGTI Order of Merit for 2007-08.

•    Gangjee’s best finishes on the Asian Tour in 2007 were third at the Hero Honda Indian Open and tied fifth at the Pakistan Open. In 2008 his best result was a tied ninth finish at the Midea China Classic.

•    In 2006 he notched up three top-three performances over a run of five events on the Asian Tour at the Brunei Open, Korea Open and Mercuries Taiwan Masters.

•    He burst onto the scene with a victory at the 2004 Volkswagen Masters-China where he beat a field that included Phillip Price, Ian Woosnam and Nick Faldo.

•    With several notable victories under his belt Rahil earned the tag of India’s number one amateur in 2000. He represented India at the 2000 Eisenhower Trophy. He won the 1998 Sri Lanka Open Amateur and the 1998 and 1999 East India Amateur.