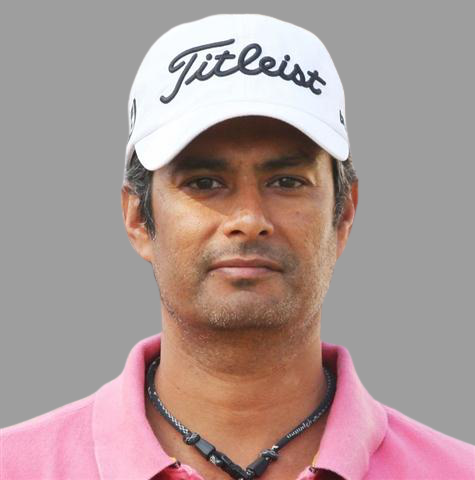 •    Digvijay Singh produced three top-10s during the 2018 PGTI season which included a joint runner-up finish at the Chennai Open.

•    On the Asian Tour in 2013, he clinched tied fifth at the Panasonic Open India and tied 10th at the Chiangmai Golf Classic.

•    Digvijay won his first ever international title at the 2012 Panasonic Open India (co-sanctioned by Asian Tour & PGTI). He also had three other top-10s on the PGTI in 2012.

•    Singh had eight top-10s in the 2010 PGTI season. His best finish was third place at the PGTI Players Championship presented by Oxford Golf & Country Club.

•    He registered six top-10 finishes out of nine starts in the 2009 PGTI season. His best results in 2009 were tied third finishes at the PGTI – 125th Year Madras Gymkhana Club Tamil Nadu Open and BILT Open.

•    Digvijay finished tied fourth at the Emaar-MGF Indian Masters (tri-sanctioned by the European Tour, Asian Tour and PGTI) in 2008 at the Delhi Golf Club. He registered a career-best 30th place finish on the Asian Tour Order of Merit in 2008.

•    In the 2007-08 PGTI season, Digvijay recorded a win at the PGTI Players Championship at Coimbatore Golf Club and posted five other top-10s to finish fourth on the Order of Merit.

•    Secured third position on the PGTI Order of Merit in 2006-07 with seven top-10s from nine starts. He was runner-up at the Emaar MGF PGTI Championship.

•    Singh won the Airtel Masters in 2004-05 and claimed fifth place on the Indian Tour’s Order of Merit.

•    Represented India at the 2003 World Cup of Golf along with Gaurav Ghei.

•    Digvijay captured three titles in 2002-03 which included the Royal Springs Open, Color Plus Open and Royal Challenge Grand Prix, Chennai. As a result, he recorded a career-best second place on the Indian Tour’s Order of Merit.

•    Won the Qualifying School of the Indian Tour in 1999. Registered his first professional win at the BPGC Open in Chittagong during his rookie season in 1999-2000. He also qualified for the Asian Tour the same year with a 21st place finish at the Asian Tour Q School.

•    Digvijay is an experienced skydiver and a skillful shooter.