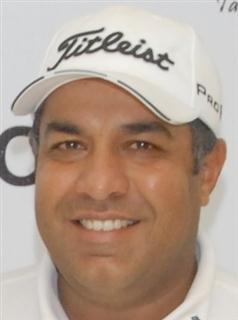 •    Kahlon had five top-10 results in the 2010 Aircel PGTI season which included a tied third at the PGTI Players Championship presented by Panchkula Golf Club. He thus clinched 26th place in the 2010 Rolex Ranking.

•    Kahlon’s best performances on the PGTI in 2007-08 were tied fifth finishes at the Toyota Altis Open presented by Eagleton and the ONGC Masters 2008.

•    Best finishes on the Asian Tour in 2007 were tied fifth at the Pertamina Indonesia President Invitational and 10th at the Johnnie Walker Cambodian Open.

•    Victory at the Emaar-MGF PGTI Championship along with two other top-10s helped him secure sixth place on the PGTI Order of Merit in 2006-07.

•    In 2005 he claimed two top-10s on the Asian Tour. He was tied fourth at the Double A International Open and fifth at the Thailand Open.

•    Enjoyed a consistent year on the Asian Tour in 2004 as he missed only three cuts and recorded a seventh place finish at the Macau Open.

•    Harmeet secured his breakthrough victory on the Asian Tour at the 2002 Hero Honda Masters on home soil.

•    Was named Rookie of the Year on the Indian professional circuit in 1999.

•    Prior to turning professional he enjoyed a distinguished amateur career and represented India at various international events.

•    He is the only Indian to  win the 1997 Nomura Cup (Asia Pacific Amateur) and win the Singapore Amateur, Pakistan Amateur, All India Amateur National Championships and SAARC Championships and represented India internationally for 22 years.

•    Represented Asia in the Inaugural Europe v/s Asia Pacific Team Championship and beat the European Champion in Australia in 1998 and holds the record for consecutively being the No. 1 Amateur in India from 1993-98.

•    Harmeet has over 35 years of practical and theoretical golf knowledge and experience of International Golf Infrastructure including the world’s best Golf Academies, Golf Course Design and Golf Maintenance, Golf Programmes and Golf Technology.

•    He is a Former Member of the Board of Directors of the Professional Golf Tour of India (PGTI)  and also former Chairman of the Tournament Players Committee (TPC).

•    He holds a Master’s Degree in Public Administration and a Bachelor of Commerce Degree.