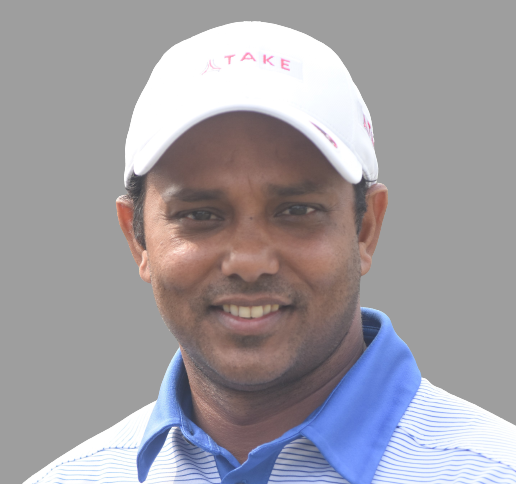 •    Chawrasia was part of Team Asia at the third edition of the EurAsia Cup in 2018.

•    Chawrasia won the Hero Indian Open for the second year running in 2017. He also posted a tied second at the Panasonic Open India and tied seventh at the UBS Hong Kong Open to garner fifth place on the Asian Tour Order of Merit in 2017.

•    Chawrasia won the European Tour’s Hero Indian Open 2016 for his third European Tour victory. He captured his first title outside India when he won the Asian Tour’s Resorts World Manila Masters in 2016. With two titles to his credit he finished sixth on the money list in Asia in 2016.

•    He was part of the two-man Indian team at the Rio Olympics 2016 along with Anirban Lahiri.

•    SSP represented India at the World Cup of Golf in 2016 and was part of Team Asia at the second edition of the EurAsia Cup in 2016.

•    Chawrasia finished runner-up at the European Tour’s Hero Indian Open 2015. He claimed fourth place on the 2015 Asian Tour Order of Merit thanks to four top-10s during the season.

•    SSP won the Panasonic Open India 2014 and posted four other top-5s on the Asian Tour during the season.

•    He won the inaugural McLeod Russel Tour Championship during the 2012 PGTI season.

•    He won the Avantha Masters 2011 to bag his second title on the European Tour. He enjoyed a career-best third place finish on the Asian Tour in 2011. He was also the runner-up at the PGTI Players Championship presented by RCGC.

•    In 2010, Chawrasia posted a win at the Aircel PGTI’s Solaris Chemtech Open. He also finished fourth at the SAIL Open, tied eighth at the Handa Singapore Classic and ninth at the Andalucia Masters.

•    SSP’s best performance on the Asian Tour in 2009 was his tied fourth finish at the Singha Thailand Open.

•    In the 2009 Aircel-PGTI season, SSP finished third at the PGTI Players Championship presented by Tollygunge Club and claimed tied third position at the PGTI Tour Championship.

•    In the 2007-08 PGTI season, Chawrasia notched up four top-10 finishes out of six starts. He was placed third at the Tata Open and the Solaris Chemtech Open.

•    Chawrasia, playing his second season on the Asian Tour in 2007, bagged six top-20s in the year which included a tied ninth place at the Hero Honda Indian Open.

•    The Kolkata golfer finished third on the PGTI Order of Merit list in 2006-07. SSP registered seven top-10 finishes out of seven starts during the 2006-07 PGTI season. This included a win at the Tata Open and a runner-up finish at the Solaris Global Green Open.

•    Had a memorable outing at the Hero Honda Indian Open 2006. Secured second place after losing to Jyoti Randhawa in a play-off.