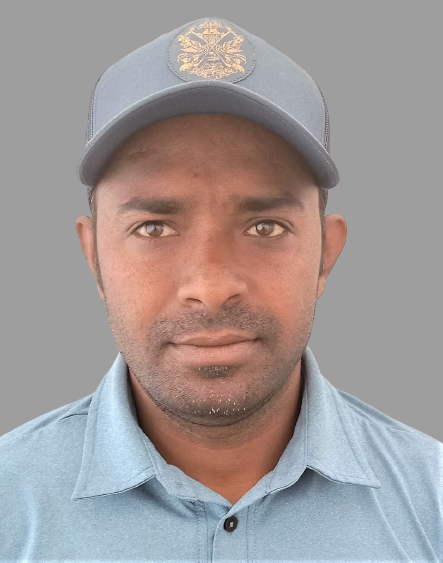 • Om Prakash Chouhan is the second most successful golfer to emerge from the state of Madhya Pradesh after the legendary Mukesh Kumar.

• Om Prakash was fourth in the 2018 PGTI Order of Merit as a result of his eight top-10s which included a win at the 17th TATA Open as well as three runner-up finishes. He also finished tied 10th at the Asian Tour’s TAKE Solutions Masters 2018.

• Chouhan clinched his career-best finish on the Asian Tour in 2017 when he ended tied second at the Panasonic Open India.

• He secured four top-10s on the PGTI in 2017 to be placed 20th in the Order of Merit. His best result was tied third at the ONGC Masters.

• He claimed 17th place on the 2016 PGTI Order of Merit after posting four top-10s which included a runner-up finish at the PGTI Players Championship presented by Tollygunge Club.

• Om Prakash finished ninth in the 2015 Rolex Ranking with five top-10s in the season including a runner-up finish at the BILT Open.

• Chouhan finished a career-best third in the Rolex Ranking in 2014 as a result of his victories at the J&K Bank PGTI Pahalgam Masters presented by KEO and the 13th TATA Open. He was also runner-up on two occasions during the season and had five other top-10s.

• He was runner-up at the IndianOil Servo Masters Golf 2013.

• Om Prakash finished seventh on the 2012 Rolex Rankings. He had an outstanding 2012 season having won his first two titles at the PGTI Players Championship events at Oxford Golf & Country Club and Golden Greens Golf & Country Club. Chouhan also had four other top-10s in the season.

• Chouhan, one of the brightest young talents on the PGTI, has honed his golfing skills in recent years in the forest close to his house due to the lack of proper practice facilities.

• In 2010, Om Prakash claimed six top-10 finishes on the PGTI. His best result was tied third at the PGTI Players Championship presented by Tollygunge Club.

• He finished seventh at the PGTI players Championship presented by Eagleton in 2009.