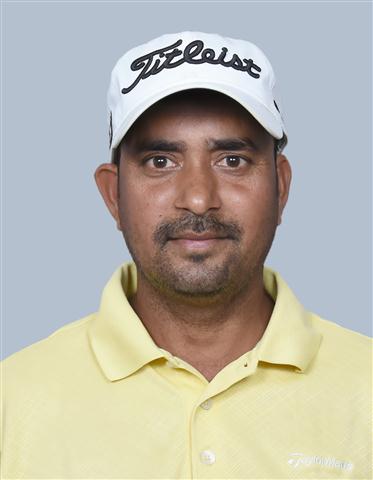 •    Shamim Khan holds the record for the highest career earnings on the PGTI. He is the only player to have earned in excess of Rs. 4 crore on the tour.

•    Shamim won the Kensville Open, finished third at the Delhi-NCR Open and tied third at the ICC RCGC Open in 2019. He also claimed three other top-10s during the season.

•    Khan won the IndianOil Servo Masters Golf 2018 and secured eight other top-10s including second place at CG Open and tied second finishes at Golconda Masters and Delhi-NCR Open to finish fifth on the 2018 PGTI Order of Merit.

•    Khan bagged second place in the 2016 Rolex Ranking thanks to his victory at the CG Open and 12 other top-10s in the season.

•    He finished seventh in the 2015 Rolex Ranking with a win at The Hemisphere PGTI Masters and six other top-10s including a runner-up finish at the Golconda Masters.

•    Shamim was victorious at the IndianOil Servo Masters 2014 and had seven other top-10s in the same PGTI season. He thus claimed 12th place in the Rolex Ranking in 2014.

•    A win at the PGTI Players Championship at Classic Golf Resort and seven other top-10s helped Shamim finish fourth on the Rolex Rankings in 2013. He also claimed tied eighth place at the Panasonic Open 2013. Khan was part of the Silverglades Delhi team that won the 2013 LP Cup, PGTI’s annual team event.

•    Khan won the 2012 Rolex Player of the Year after topping the Rolex Rankings with earnings of over Rs. 57 lakhs. He won the PGTI Players Championship events at Poona Club and Classic Golf Resort and also won the BILT Open. He secured 14 other top-10s in the year including three runner-up finishes. He also posted a tied ninth at the Asian Tour & PGTI co-sanctioned SAIL-SBI Open 2012.

•    He finished sixth in the Rolex Rankings 2011 with 12 top-10s. His best finish in 2011 was the second place at the IndianOil XtraPremium Masters. He also posted a tied 11th finish at the Avantha Masters (European Tour) and a tied 16th place at the SAIL Open (Asian Tour).

•    Khan was runner-up at the 8th TATA Open and the PGTI Tour Championship 2009. He finished tied second at the City Bank – Dhaka Bank Bangladesh Open 2009, the IndianOil XtraPremium Masters 2009 and the PGTI Players Championship presented by The Willingdon Sports Club. Shamim recorded 14 top-10s from 21 starts in the 2009 PGTI season. He ended the year in fourth place on the 2009 Rolex Rankings.

•    Shamim was at his best in the 2007-08 PGTI season as he finished second on the Order of Merit after posting two wins (6th TATA Open and ONGC Masters) and nine other top-10 finishes. His other best finishes included second at the SRF All India Professional Golf Matchplay Championship and tied second at The Global Green Bangalore Open 2007. He also won the Surya Nepal Masters in 2008.

•    He was one of the most consistent golfers in the 2006-07 PGTI season. He had 4 top-10 finishes out of 7 starts and did not miss the cut even once. During the PGTI’s 2006-07 season, Shamim registered his best performances at the IndianOil XtraPremium Masters (tied second) and the Crompton Greaves Open (third).